The members of SG-Z are on a standard recon mission to the planet ZX153, a civilization brought to ruin by the Ghoul. All is well as the Colonel and his team search the ruins for any remnants of Ghoul technology, however, on their way back to the gate SG-Z encounter the Ghoul blocking their way home. The team defeat the initial onslaught of Ghoul and regroup in the center of the ruins. Ghoul come out in strength to block the Stargate and prevent the humans from escaping their trap. Undaunted, SG-Z fight their way to the gate and escape to Earth. (This game was played at a local comic book convention using the Zombie Apocalypse rules.) 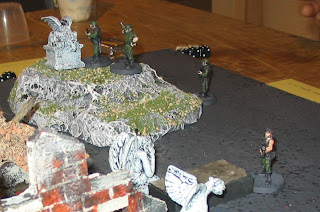 The Colonel surveys the way to the gate. 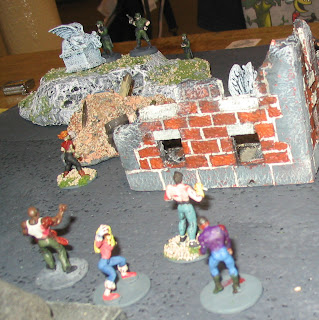 The Ghoul emerge from the ruins to ambush SG-Z. 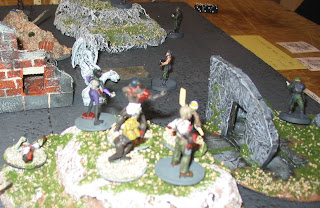 The team is threatened from all sides. 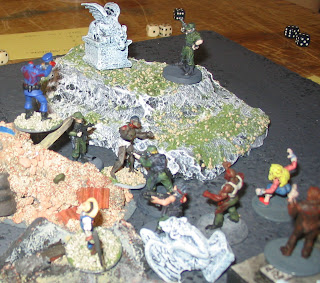 Soon the battle gets up close and personal.
Posted by David at 6:32 PM No comments: 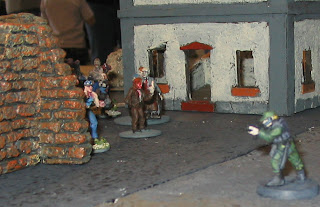 More Ghoul block the way to the gate. 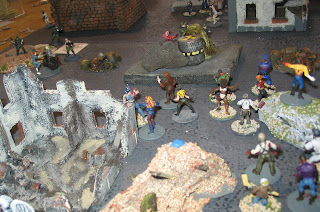 While Ghoul reinforcements pour out of the ruins. 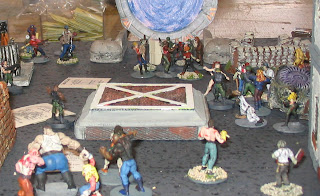 The Colonel opens the gate and holds it amidst the Ghoul Hoard.
Posted by David at 6:19 PM 1 comment: