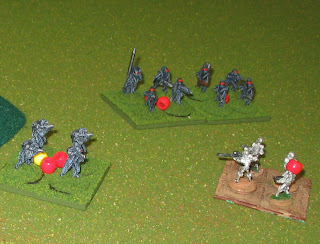 I played the first game I have been able to squeeze in for the last few months. I finally got to try out Alien Squad Leader. We played Mechanoids vs. Human Imperial Strike Force, a raid scenario where the Humans were trying to destroy the buildings in the center and enough Mechanoids to break the army. The Mechanoids prevailed in the end, although the humans did destroy the Installation. These shots are random shots from the game. Billy D. and I played the Mechaniods, Bill B. played the Humans. 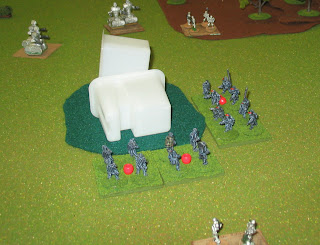 The buildings are destroyed, but the Mechanoids close on the surviving humans. 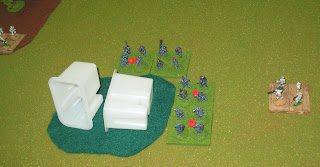 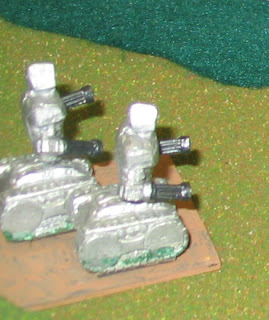 Close up of a Heavy Droid stand. The miniatures were bought painted, and I have not had the time to touch them up any. 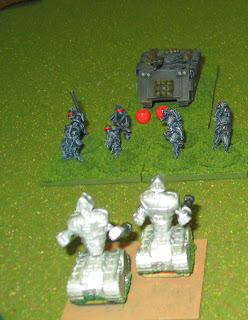 Heavy Droids Vs. Powered Infantry and an APC. One of the epic struggles of the game. 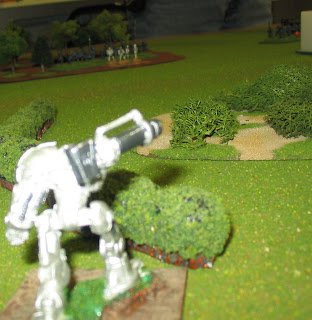 The Battle Droid entered on turn 4 and sat back using it's long range and slavo of Scatter Missles. 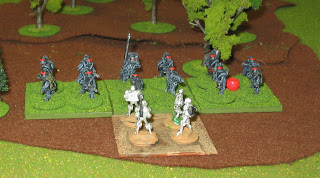 An inconclusive close combat that should have been easily won by the Humans. An example of the poor dice rolls of the game. 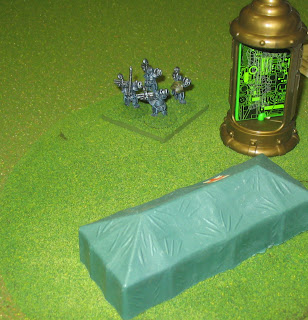 Human Heavy Weapons Infantry in a build up area. The humans were played and painted by my friend Bill. 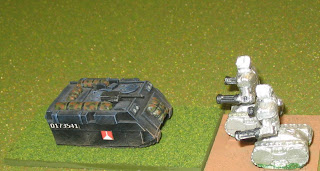 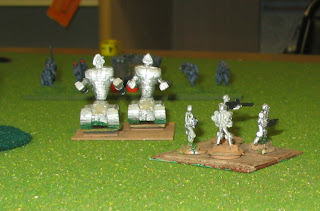 Early in the game, the Human APC approaches.

A stalemate in the woods. The Humans eventually killed one Mechanoid stand and used their Jump Packs to by-pass the other and reach their objective. 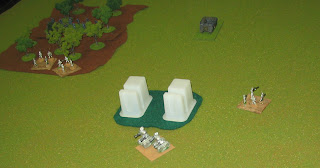 The initial deployment of the Mechanoids, with reinforcements arriving after turn 3.
Posted by David at 3:41 PM No comments: