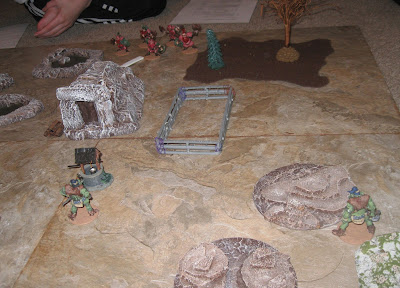 My son Dashiell and I played a game of Battleblade with his newly painted Dwarves defending their mine against an Orc raid. 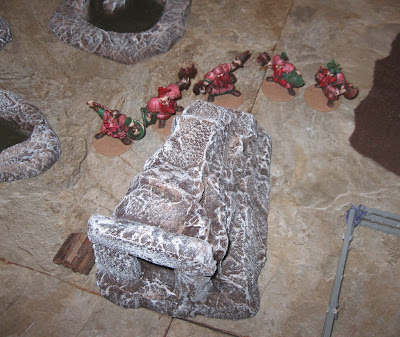 The Dwarf force stays in formation as they approach the mine. 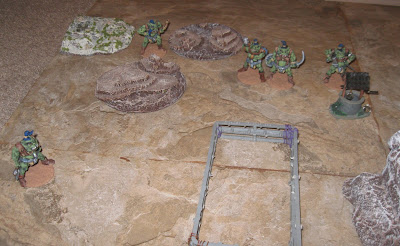 The Orcs fan out, sending a scout ahead to draw out the Dwarves. 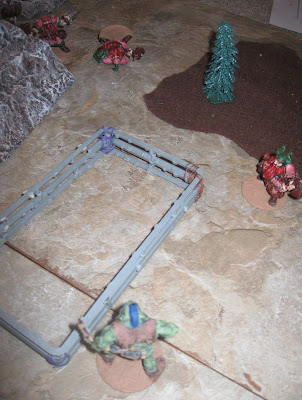 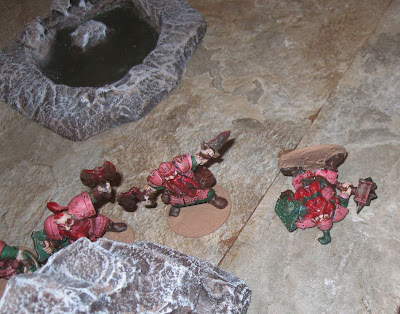 An Orc scout shoots down a Dwarf warrior.  The Dwarven Cleric attempts to heal him, but the magic is not strong enough.  The Dwarven Hero grabs his axe in both hands and rushes out to seek payback. 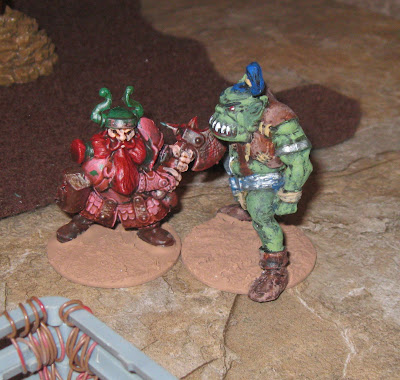 The Dwarven Hero is conveniently charged by an Orc scout.  The Orc swings his axe but cannot penetrate the Dwarf's heavy armor. 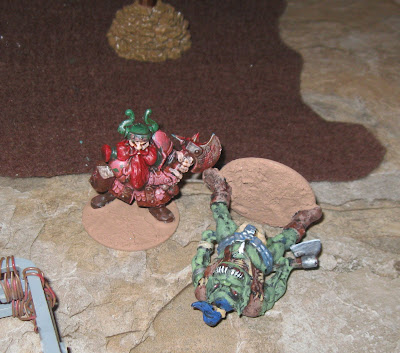 The Dwarven Hero easily slays the Orc scout, then looks about for more opponents. 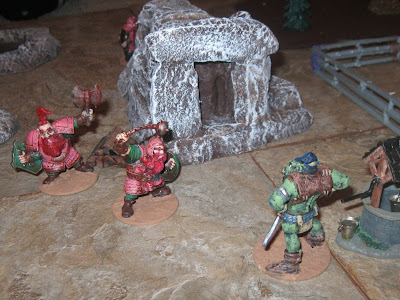 Meanwhile, Dwarven warriors advance to guard the mine entrance.  There they confront an Orc berserker. 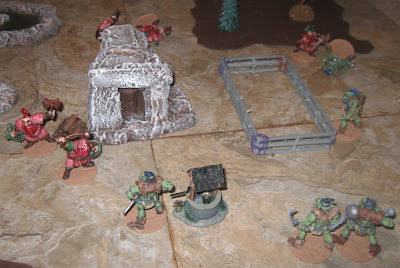 The Orc Boss, with his club wielding bodyguard, surveys the scene of the battle.  He orders the scout to shoot the Dwaven Hero and the berserker to charge the Dwarven warriors. 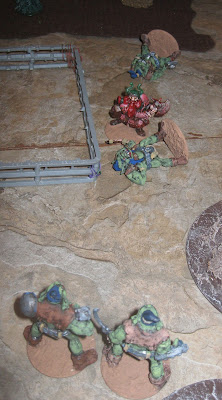 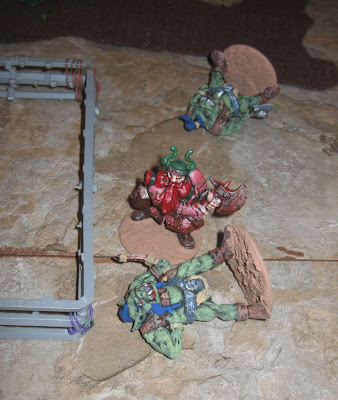 The Orc scout, however, cannot pierce the Dwarven Hero's armor.  Alas he delays too long and is caught up by the advancing Hero. 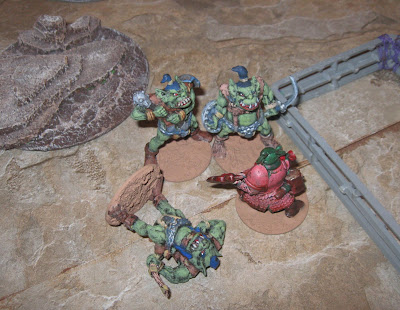 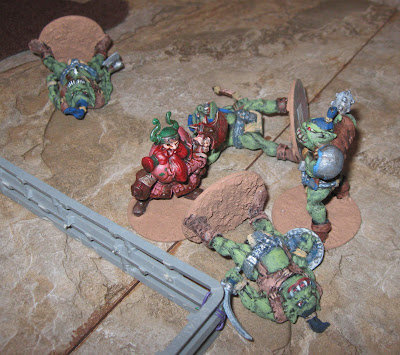 The mighty axe of the Dwarven Hero crashes through the shield of the Orc Boss and cuts down the would-be raider.  The Orc bodyguard looks on in stunned surprise. 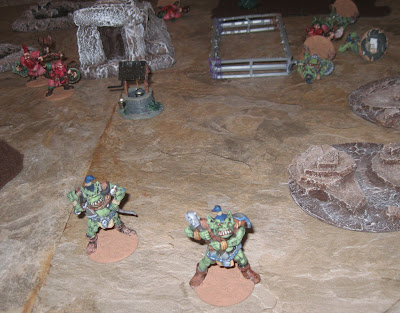 With their leader down, the remaining Orcs flee to raid another day.  The Dwarves hold the field, having lost one warrior while killing three of the Orcs.
Posted by David at 6:18 PM 1 comment: