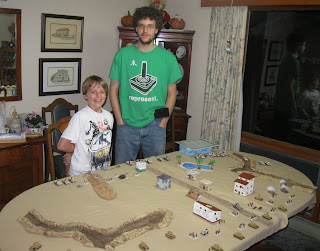 Trent and Brandon playing the British in a family Holiday game of Flames of War. 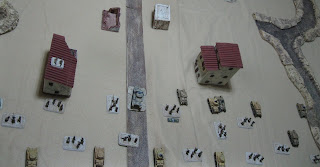 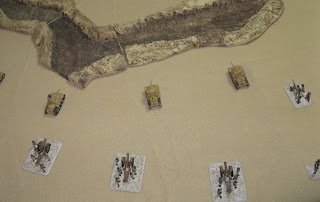 The Italian Artillery ready to pound the British into the sand. 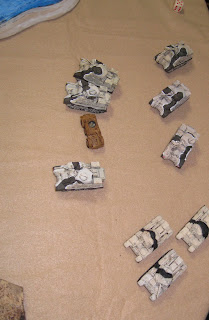 British Grants defending an objective and readying to destroy the enemy. 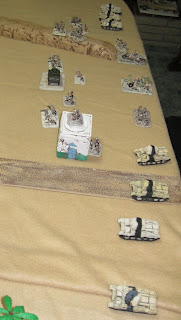 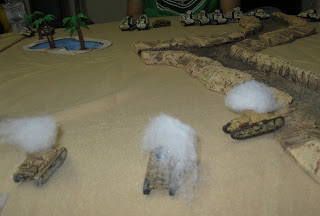 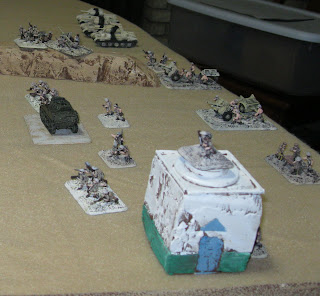 The British Infantry playing Whist while being bombarded by Italian Guns. 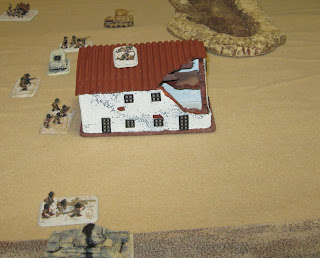 Italians sketching the ruins as the British armor advances. 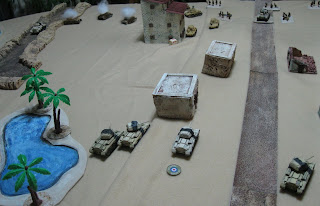 Due to the influx of family activities we only played a partial game. The British were mauling the Italians soundly and would have easily carried the game had it been played out. This was a sort of learning game for the Allies and they did a great job!