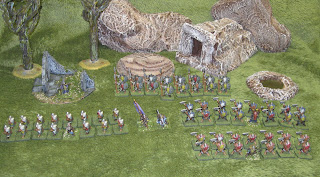 The first parts of my Fantasy Warriors Dwarf army. The rank and file were bought painted, so I personally have only painted the various leaders. This array only shows half of the available crossbowmen and spear armed troops. I am also working up a small unit of Boar Riders, a Wizard and various other battle leaders and sub commanders. 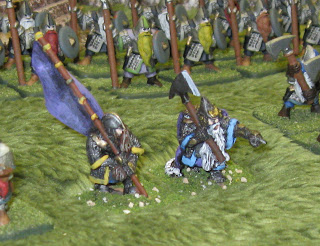 King Snorri Axegrinder and his standard bearer issue orders from the midst of battle. 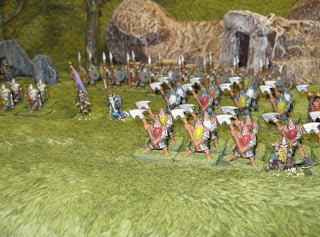 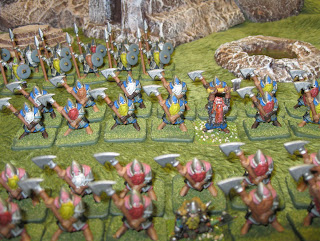 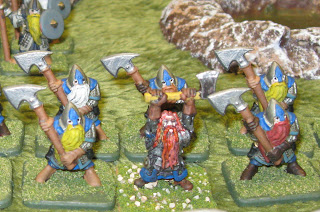 Powerful Battle Leaders take charge of each unit, keeping them in formation while awaiting the orders of their King.

Spear armed warriors in stand in reserve, waiting to challenge enemy cavalry or rush to reinforce wherever they are needed.

Crossbowmen whittle away enemy units from afar, then draw their hand axes and join the fray. 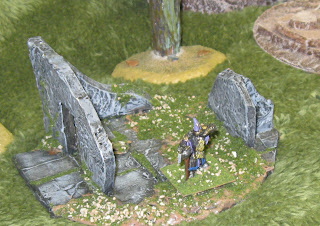 Specialist, like this Scout, help the King to ply his army with every advantage he can muster. The Scout assures that the terrain on the field of battle is favorable to the King's army. 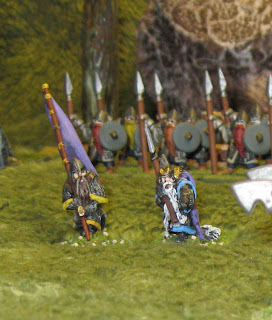 The King's Standard helps relay his orders during the confusion of battle. The Standard also symbolizes the power and might of the King.
Posted by David at 7:33 PM No comments: 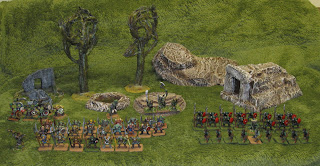 I am now getting close to fielding Orc and Dwarf armies for the game Fantasy Warriors (owing to the purchase of several painted units). Here are several of the Orc units I now have ready for battle. 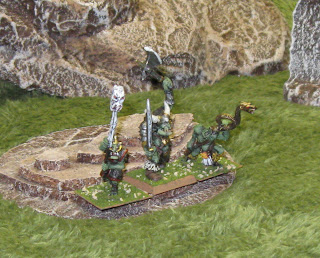 The Orc War-chief Goldfang, his standard bearer and herald. 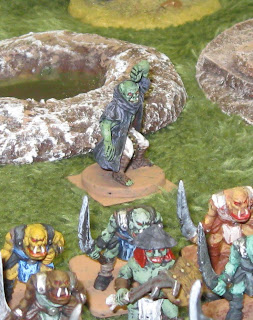 The army's Shaman prepares his magics. 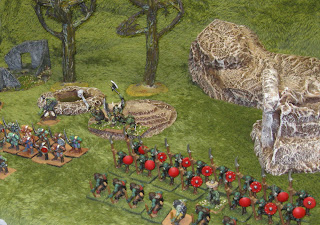 Veteran Orc archers and Spear contrast the motley band of average troops on the opposite flank. 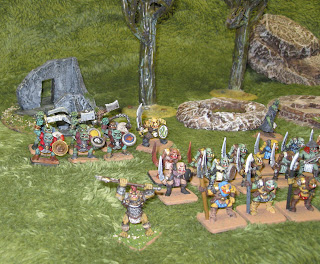 Goldaxe (front center), the War-chief's eldest surviving offspring, acts as a sub-commander in charge of the average quality Spear and Sword units. 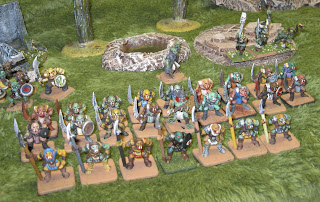 A motley assortment of Orcs. 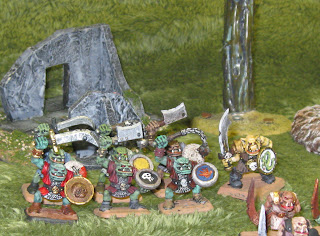 Goldfang's Bodyguard, made up of Great Orcs, is held in reserve. 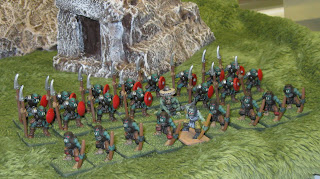 The Veteran Bow and Spear, in uniform and in good order, await Goldfang's orders. (spear and bow leaders in these units painted by me, the rest were purchased already painted).
Posted by David at 10:04 PM No comments: