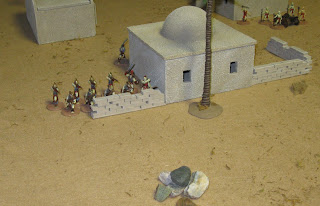 Martians set up to defend their village from the invading British Colonial Dwarves. 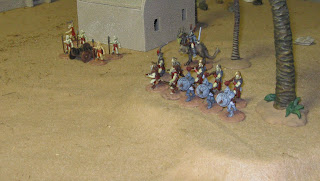 Prince Thadd supervises his City Dweller forces from atop his mount, waving his sword as he gives orders. 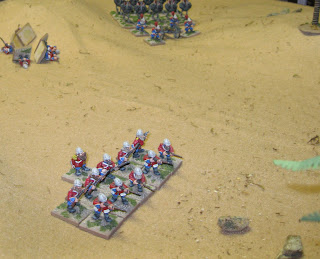 The Dwarves advance under fire from the Martian's antique cannon, eager to claim this parcel of Mars for their ever expanding Empire. 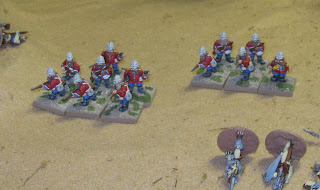 They march within rifle range of the village and use the superior range and firepower of their weaopns to take toll of the Marian forces. 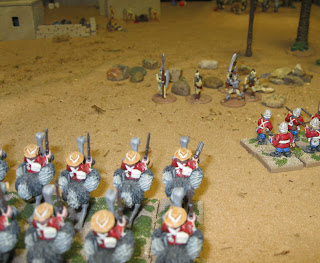 The Fanatic Sverdfolk, withered by Dwarven fire, make a daring charge into the midst of the invading army. At first they hold their own, hacking their swords and spear against Dwarven bayonette, but their nerve fails when the Cavalry charges to the rescue. 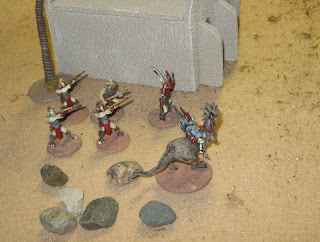 The Dwarven fire drives Prince Thadd and the remains of one unit into the shelter of the village where they reform for a last stand.

The Dwarven advance stops for nothing as the Ostrich Cavalry hop over the defensive wall and the Infantry wade through the Martian dead. 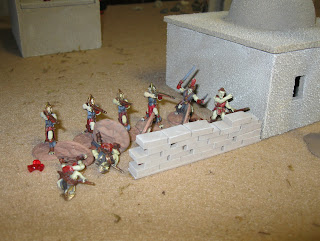 Meanwhile the remaining City Dweller Infantry slowly succums to a combined attack of Dwarven Rifle and Artillery. Soon, their position threatened from the rear, they exit the village to and set up defenses for the pursuing Ostrich Cavalry. 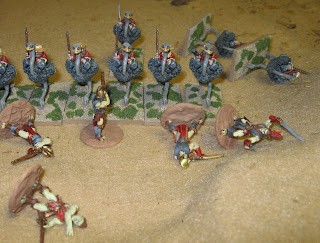 At the foot of a hill just outside the village, the Marians stand against the Dwarven charge and fight to the last man. The victorious Dwarves raise their flag and claim yet another land for Queen and Country.


The game was played using the Valor & Steel & Flesh rules. Bill ran the victorious Dwarves and I the unfortunate Martians. It was the first time playing this ruleset and we were not as impressed with them as we had hoped. Several factors were either very unclear or somewhat counter-intuitive, making the rules hard to interpret at times. 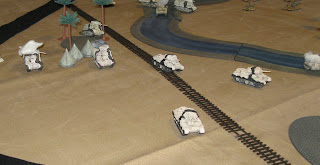 British Armor moving out. Part of a large game with American and Brithish Armor VS German Armor and Infantry. 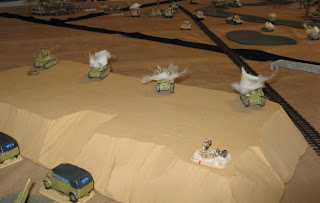 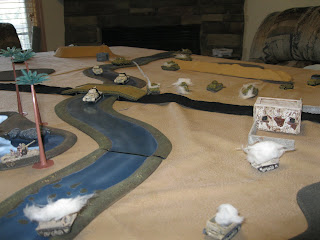 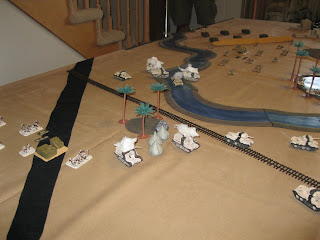 British took some casualties before rushing the German positions. 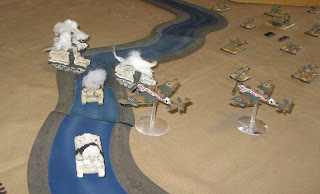 Devistating German Air Assault that destroys a Platoon of Grants. 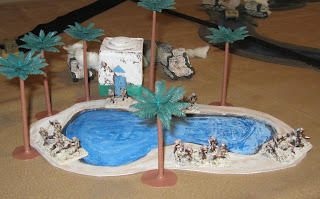 An oasis and building. 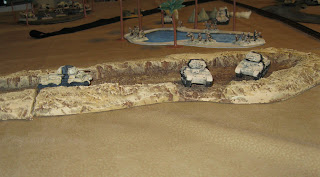 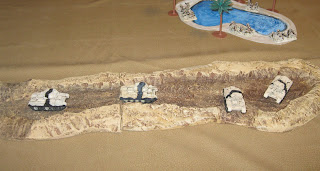 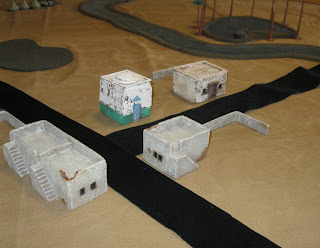 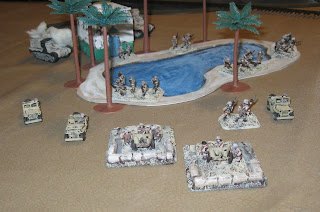