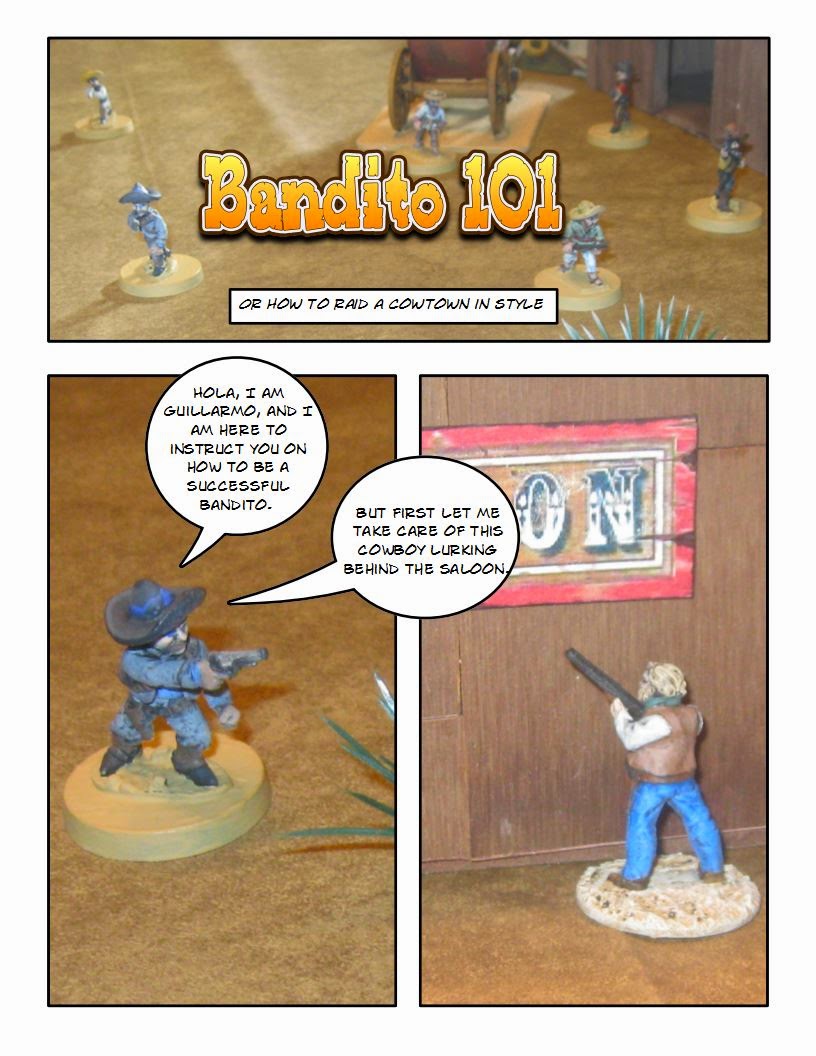 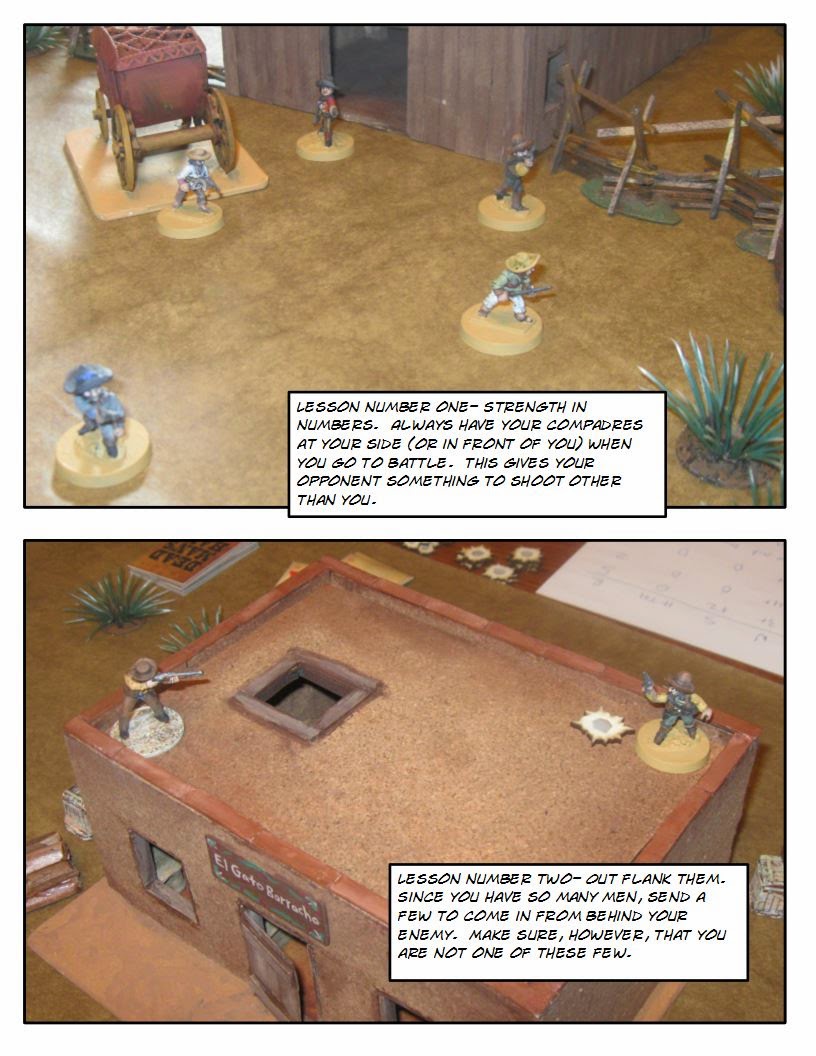 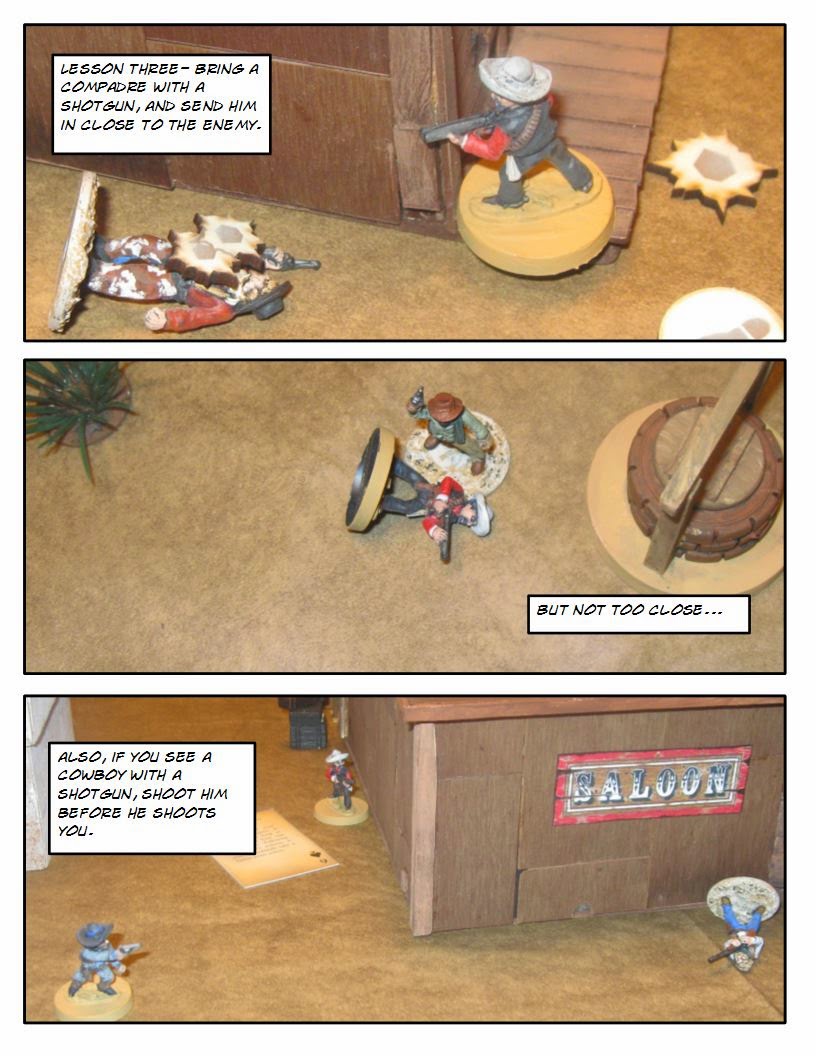 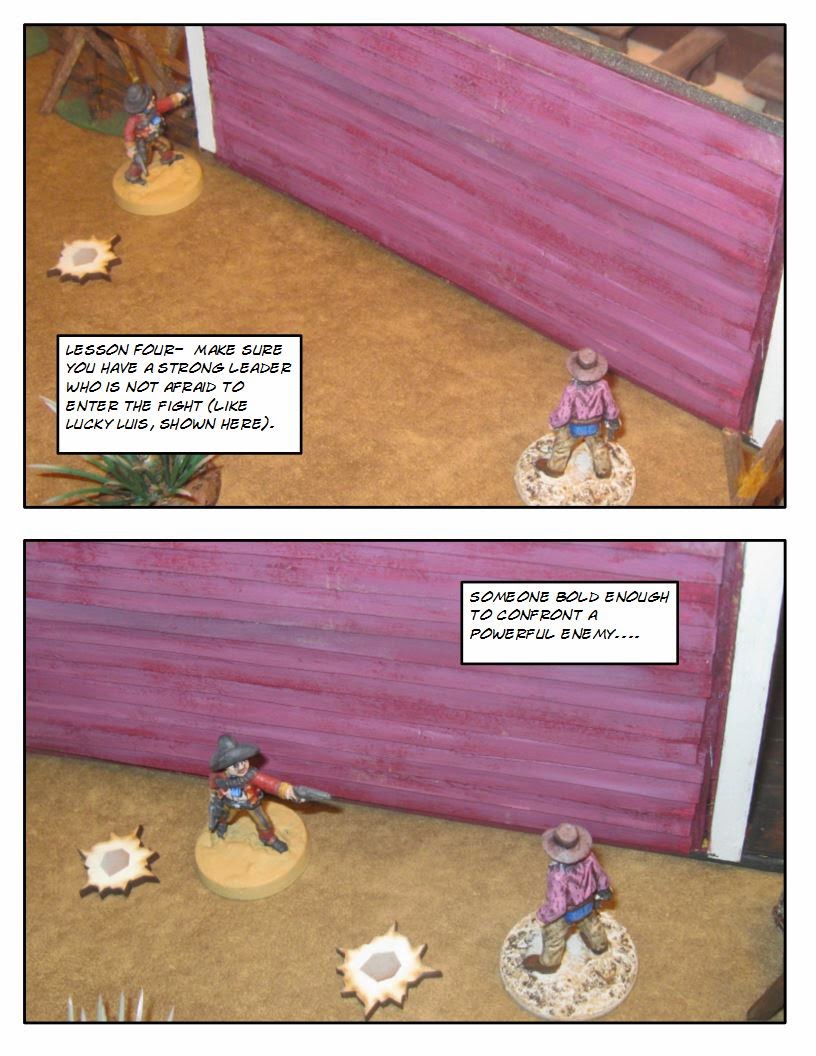 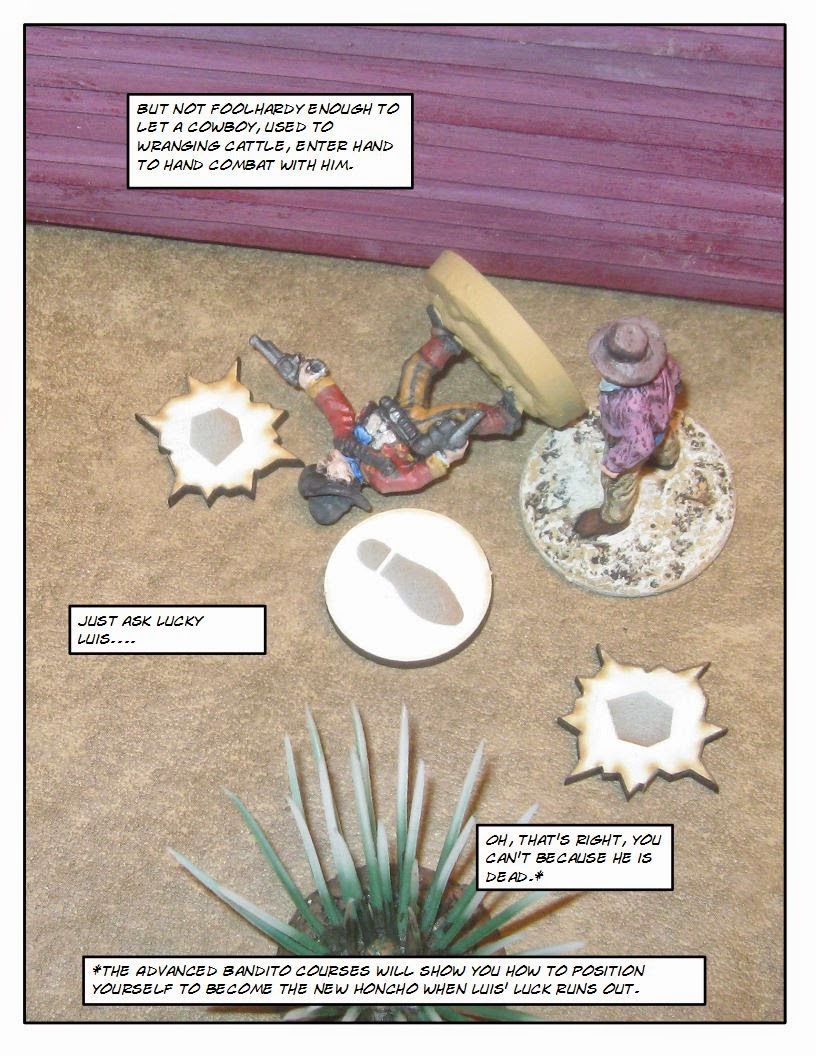 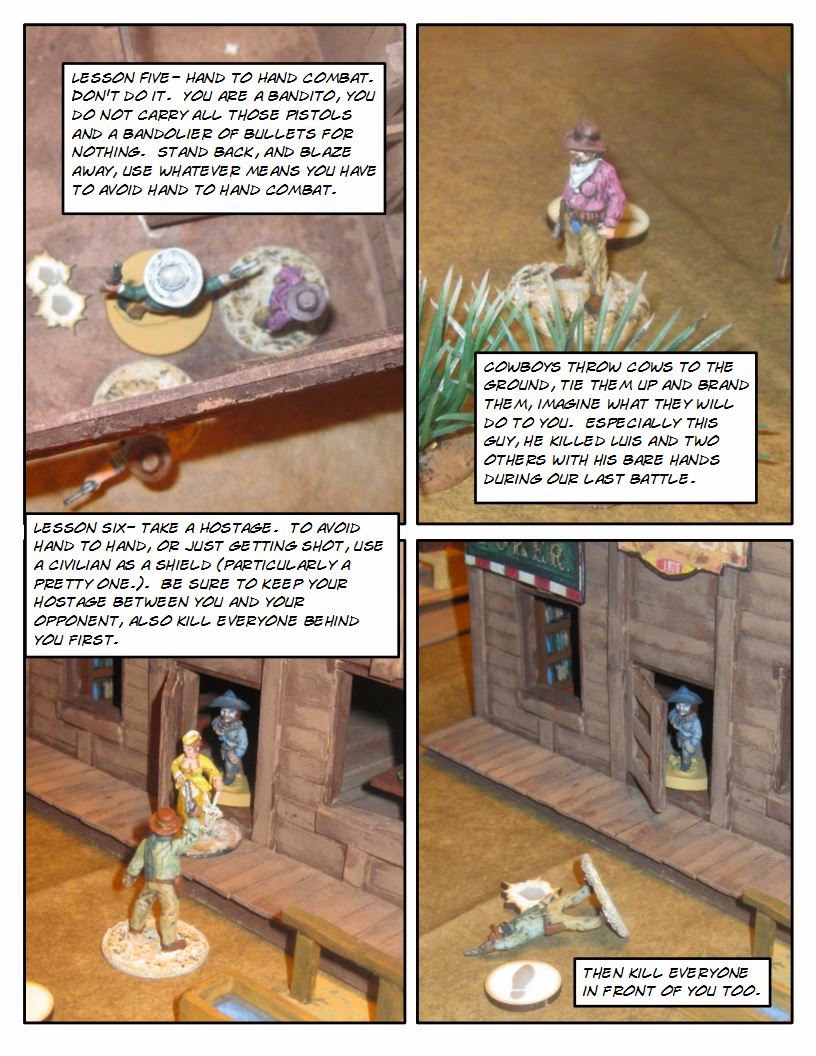 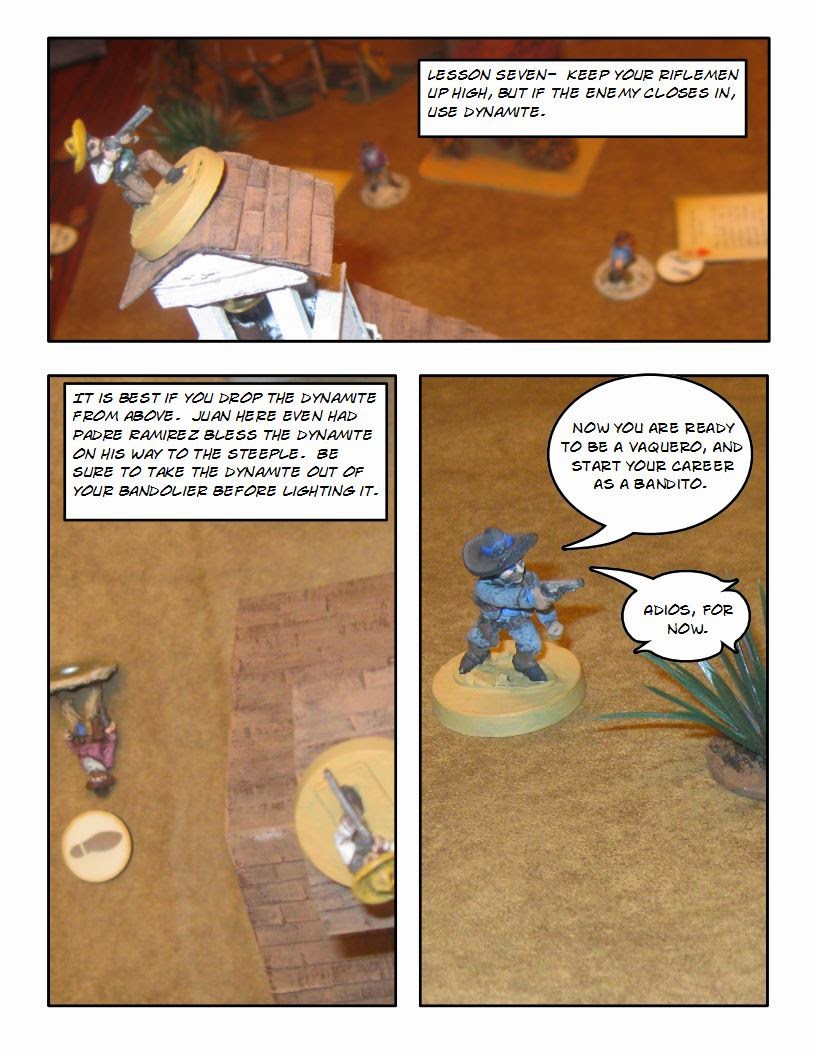 I played my first games of Warmachine/Hordes using my recently painted Minion force.  Here are some images from the battles.

15 point game versus the Trollbloods....

As they advance they magically create a protective wall for cover. 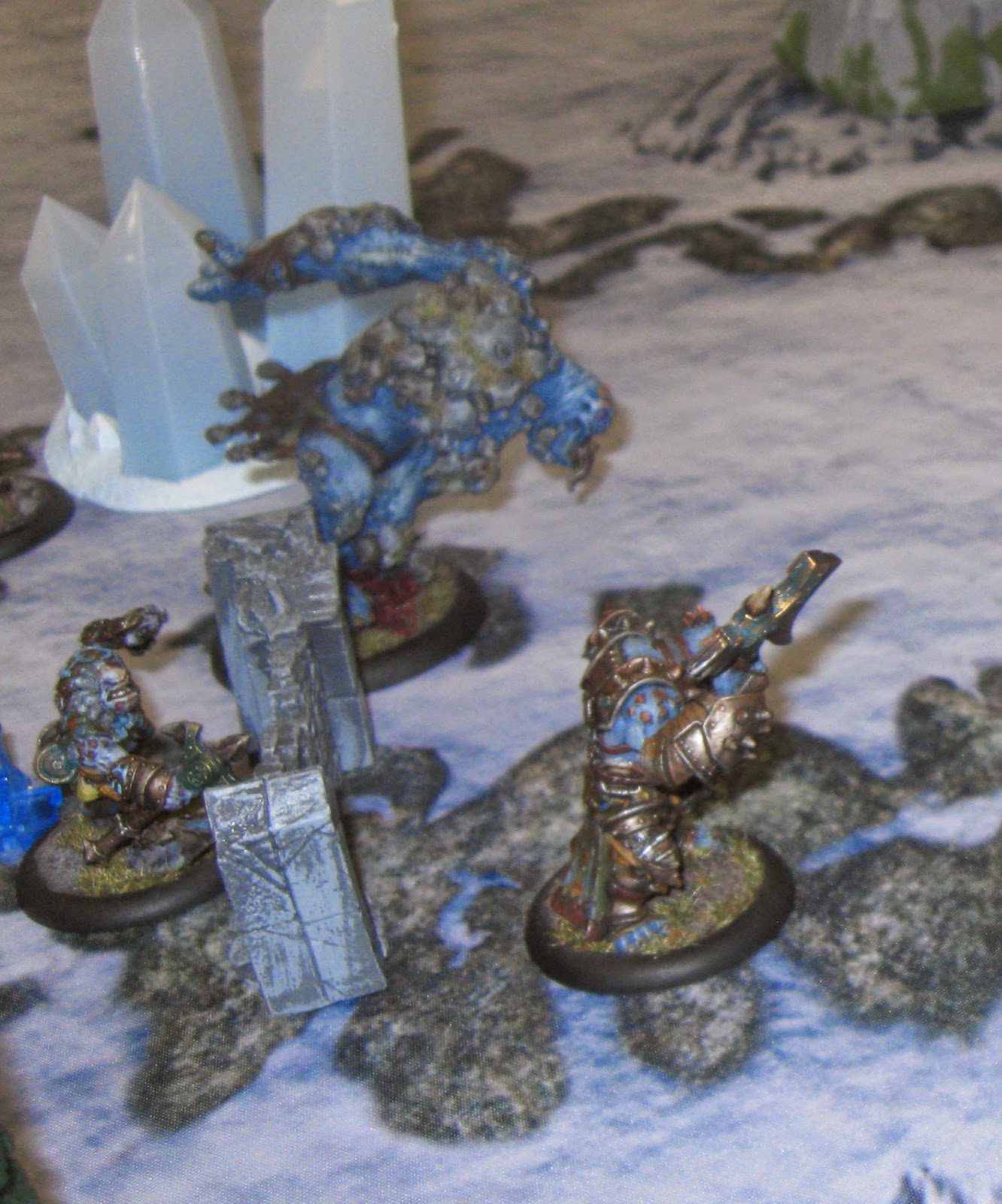 The Trollblood Warlock, Madrak Ironhide takes cover behind the wall. 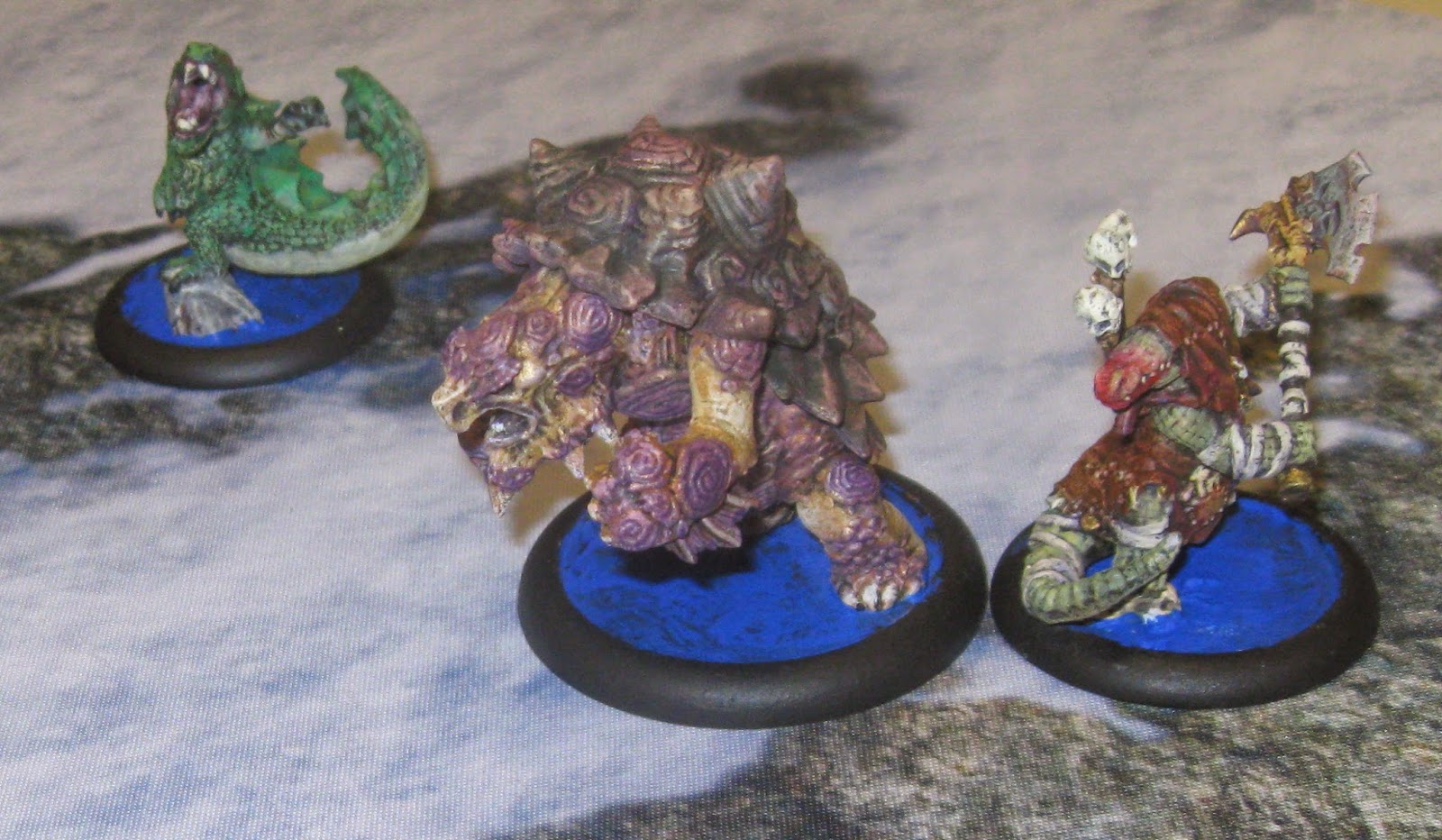 The Minions are lead by Bloody Barnabus.  He assembles his warbeasts and prepares to advance.

The two sides move towards confrontation. 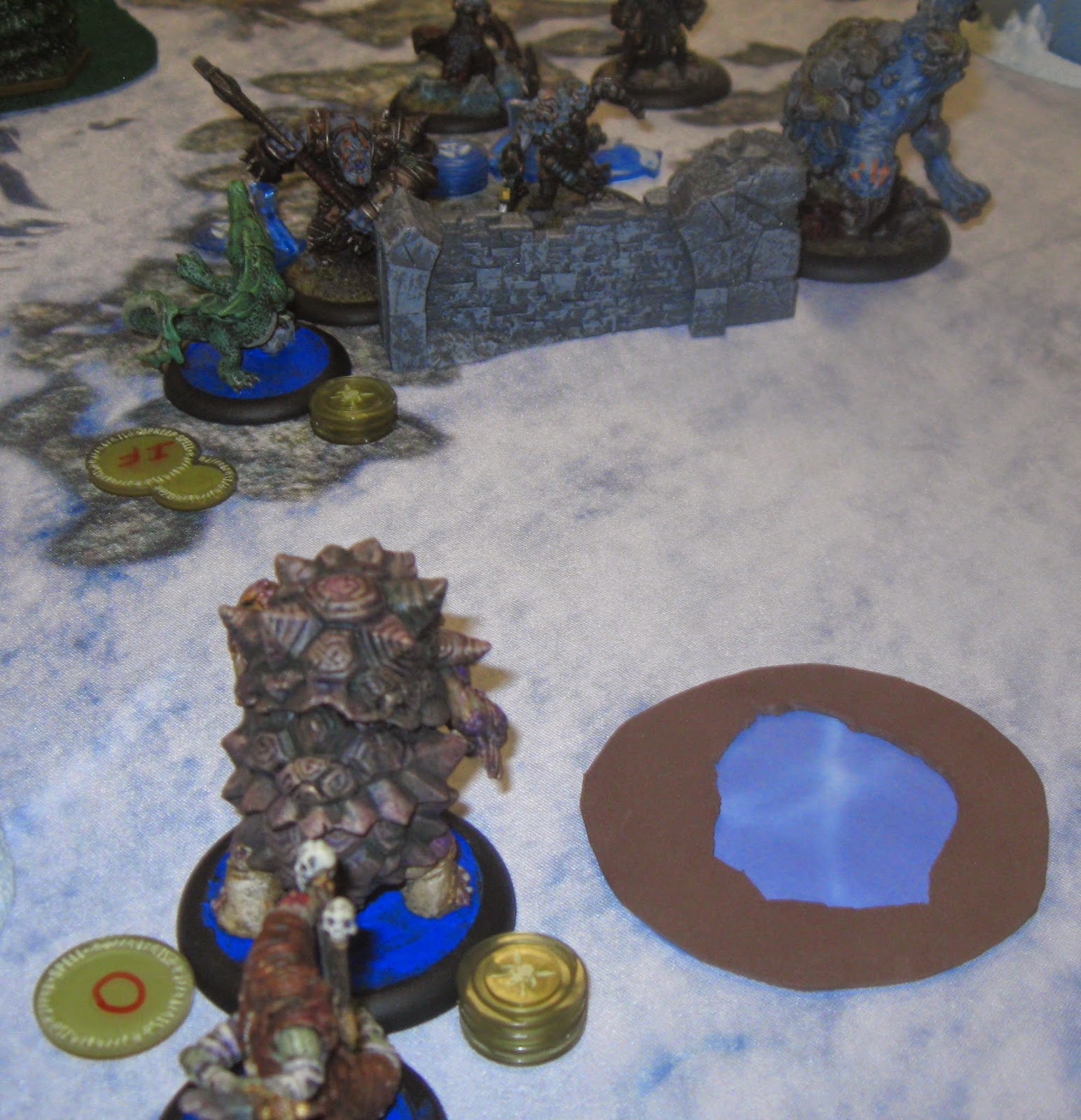 The Bull Snapper gets hungry and charges the Trollbloods. 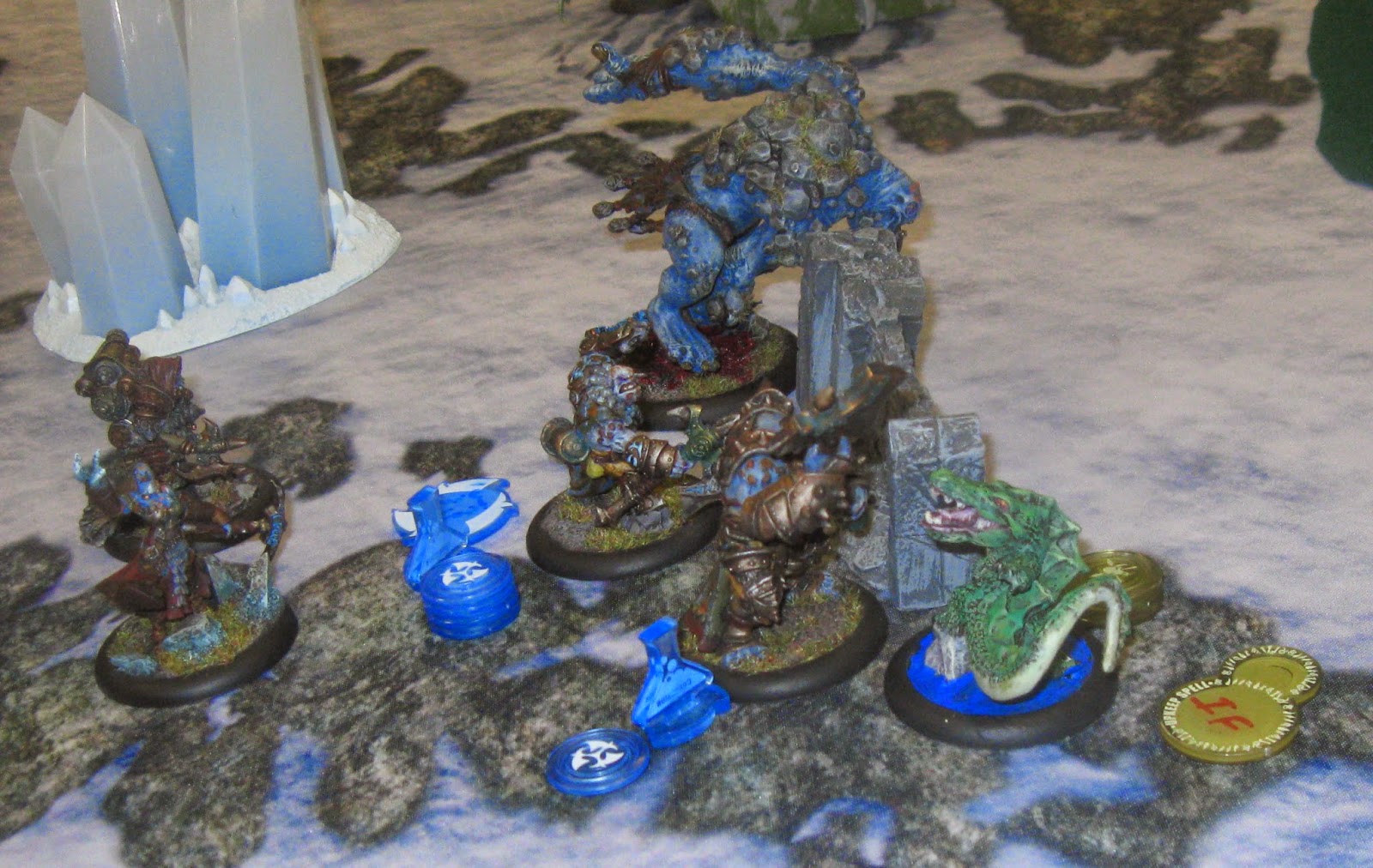 The light warbeasts go at it. 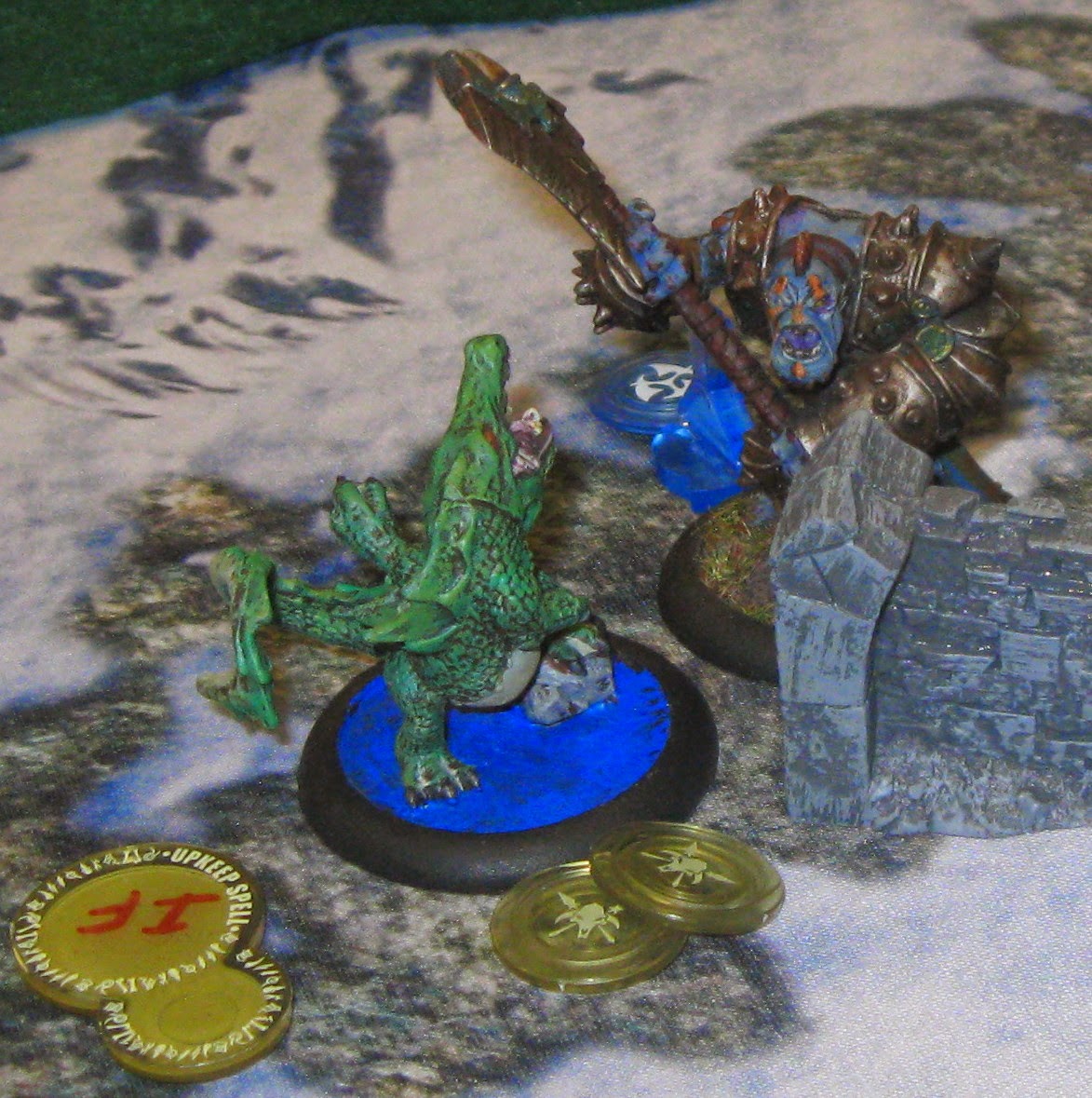 Each tries to eat the other. 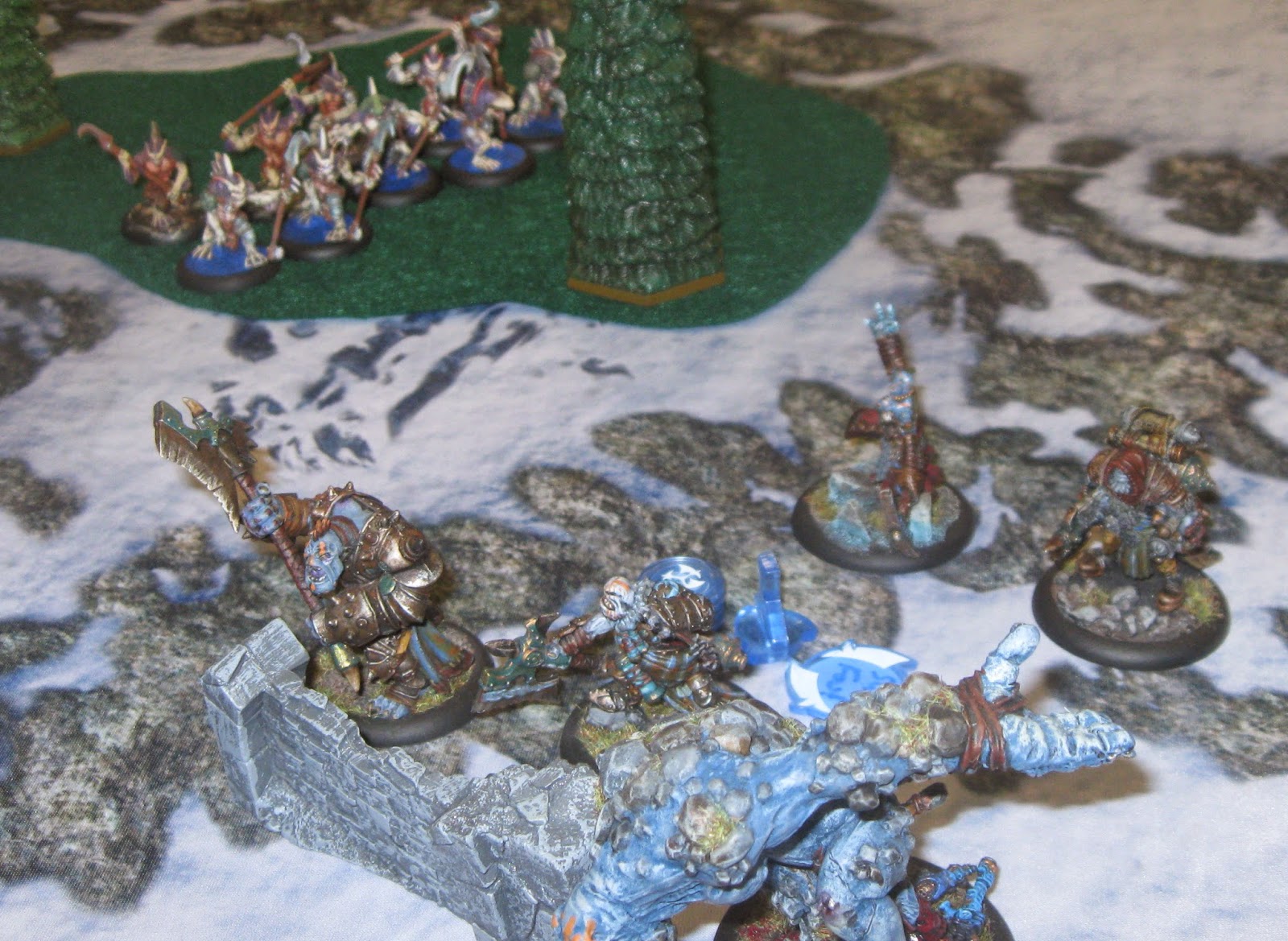 Meanwhile, Bog Trog Ambushers rush in from the flank. 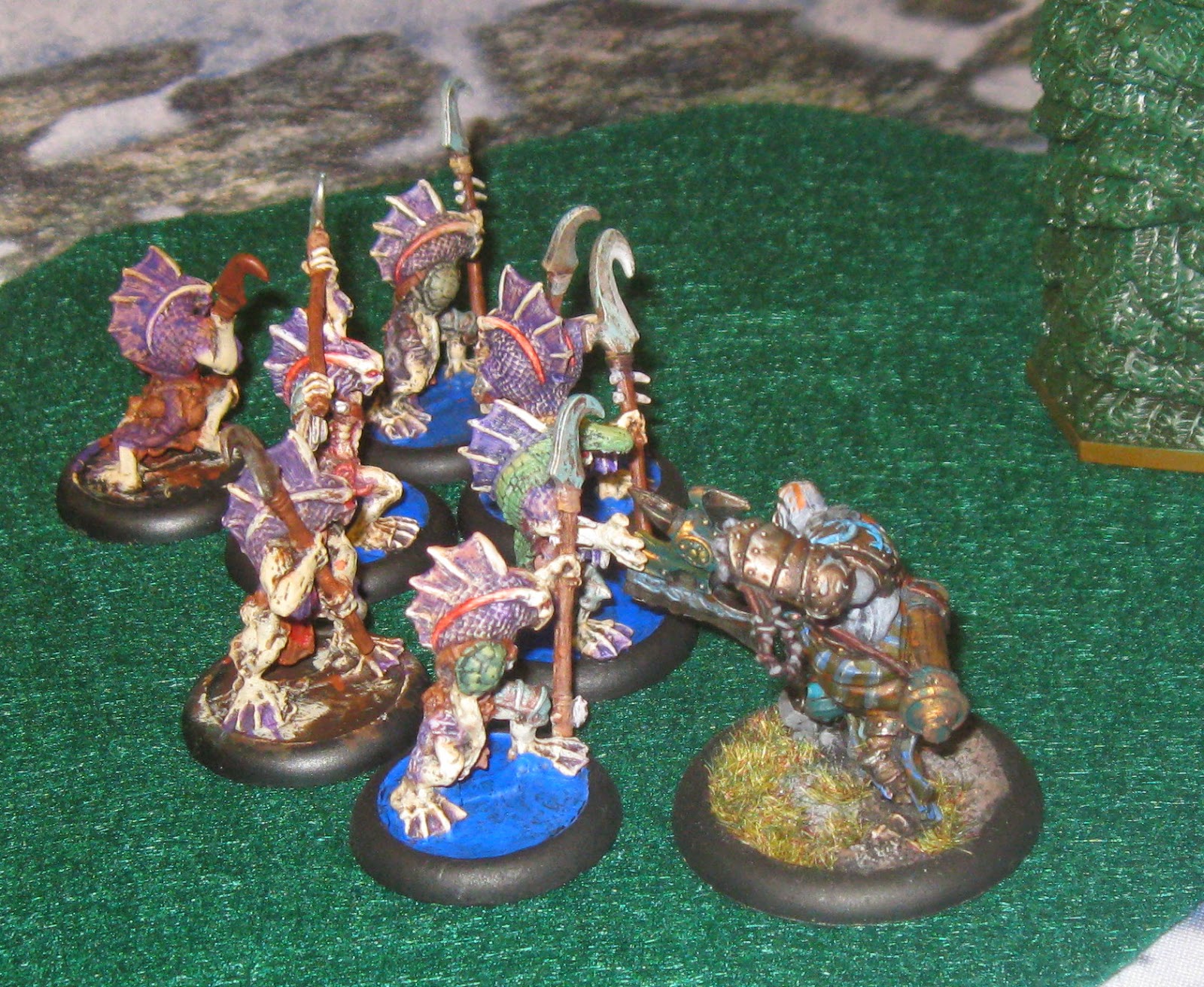 But Madrak wades through them as if they were guppies. 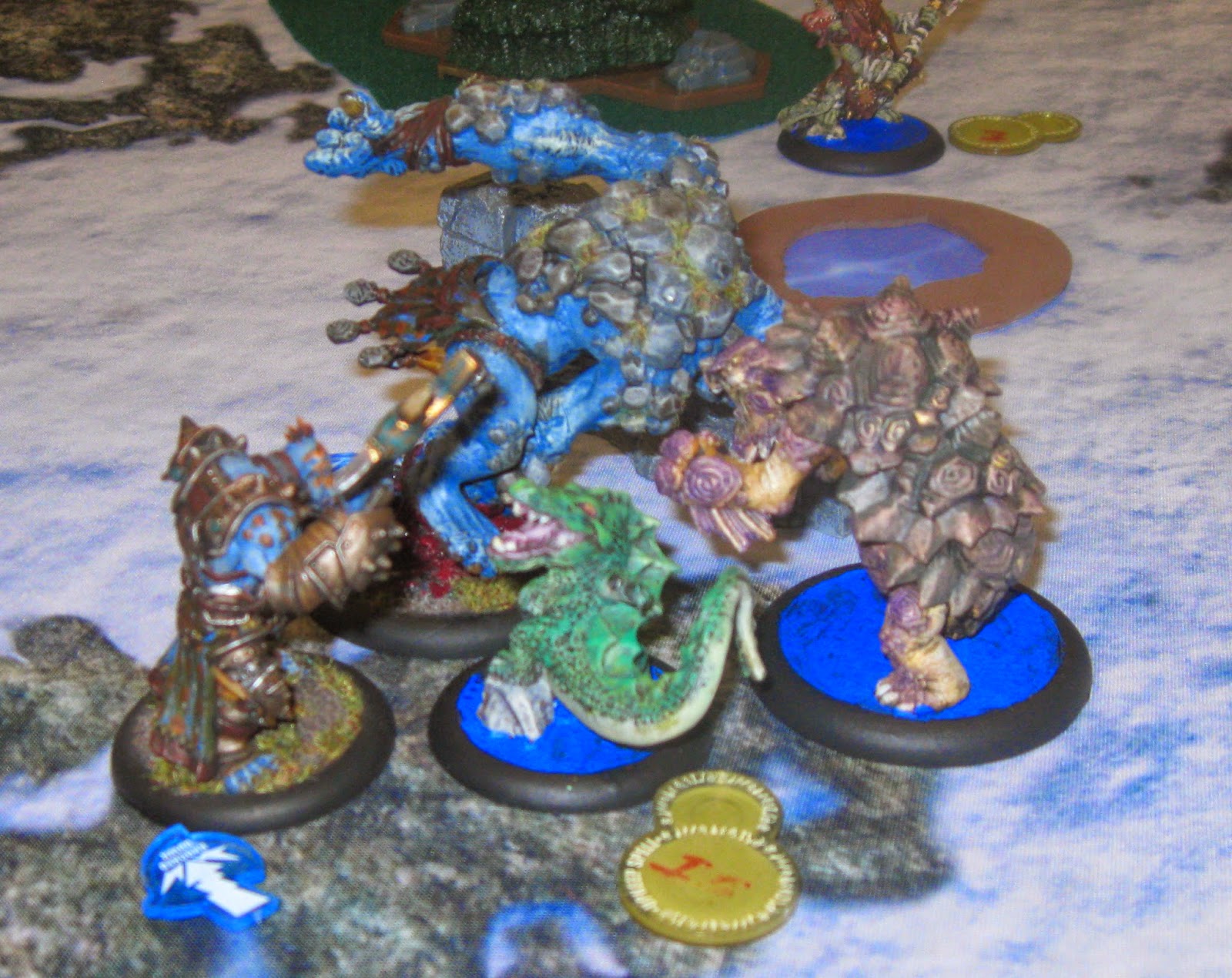 The Ironback Spitter joins the fray, along with a heavy troll.  While this battle ensues the Croak Hunter flanks the Trollbloods and kills a few support units in the rear rank.  The Trollbloods destroy both of the Minion Warbeasts, and though we did not finish the fight, it was heavily in the Trollblood's favor and looked bad for the Minions.

They advance confidently down the field of battle towards the objectives. 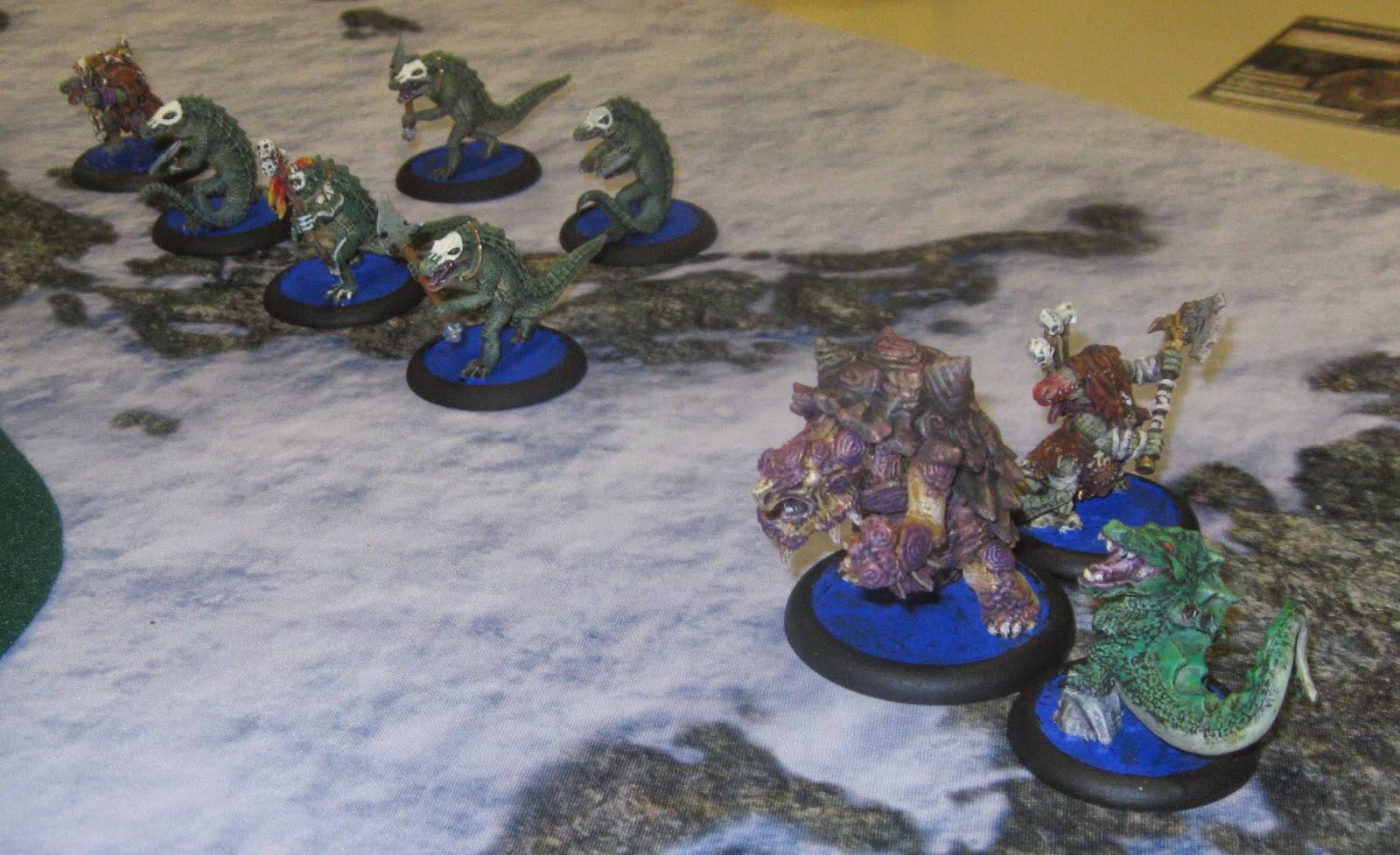 The Minions spread out with seeming fewer forces to cover the objectives.

The Gatorman Posse advances hard and fast through the trees. 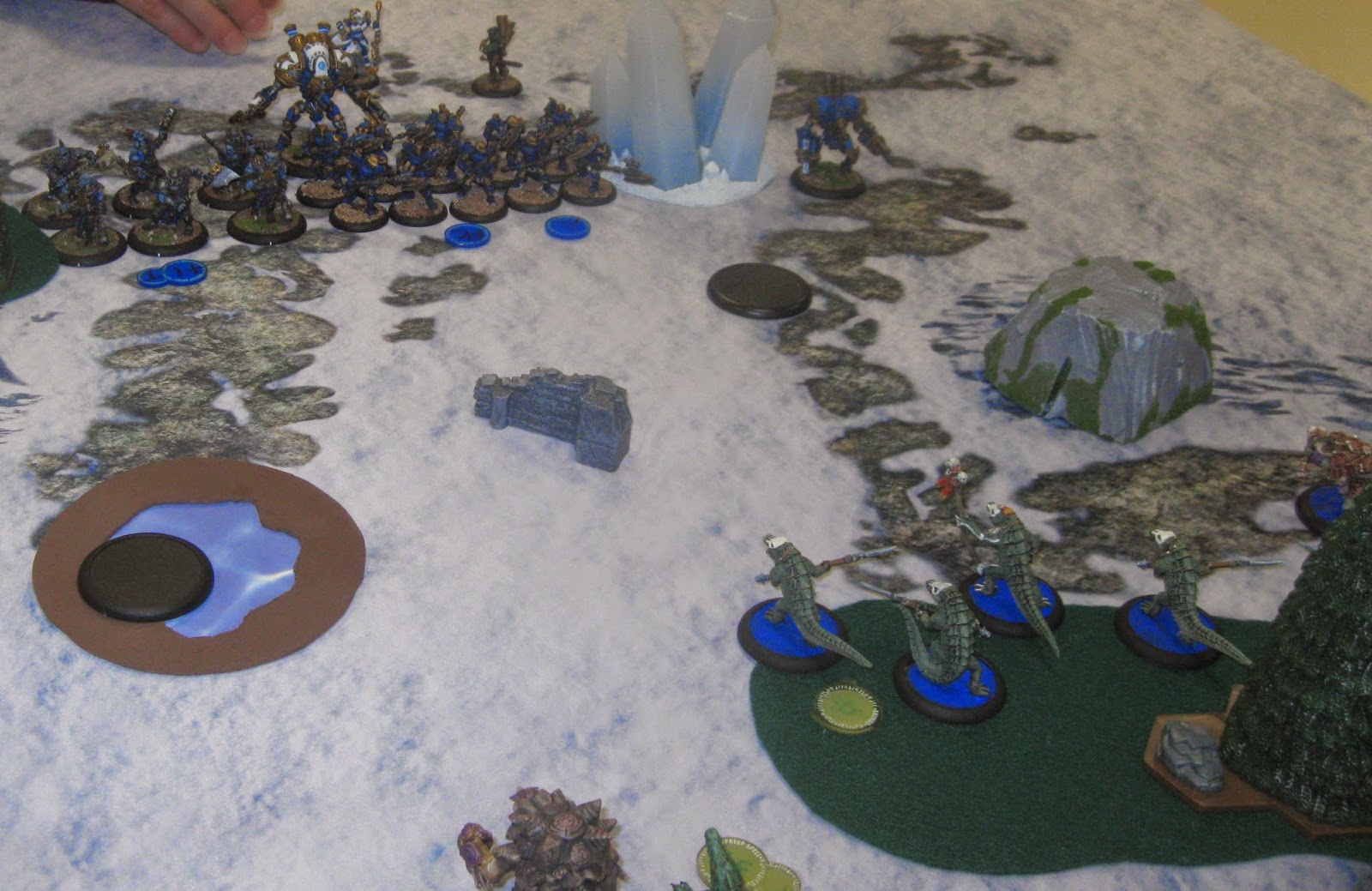 As the forces near each other Cygnar's Warjacks fire into the Gatorman advance.

The fearless warriors take their losses and continue advancing toward their foe. 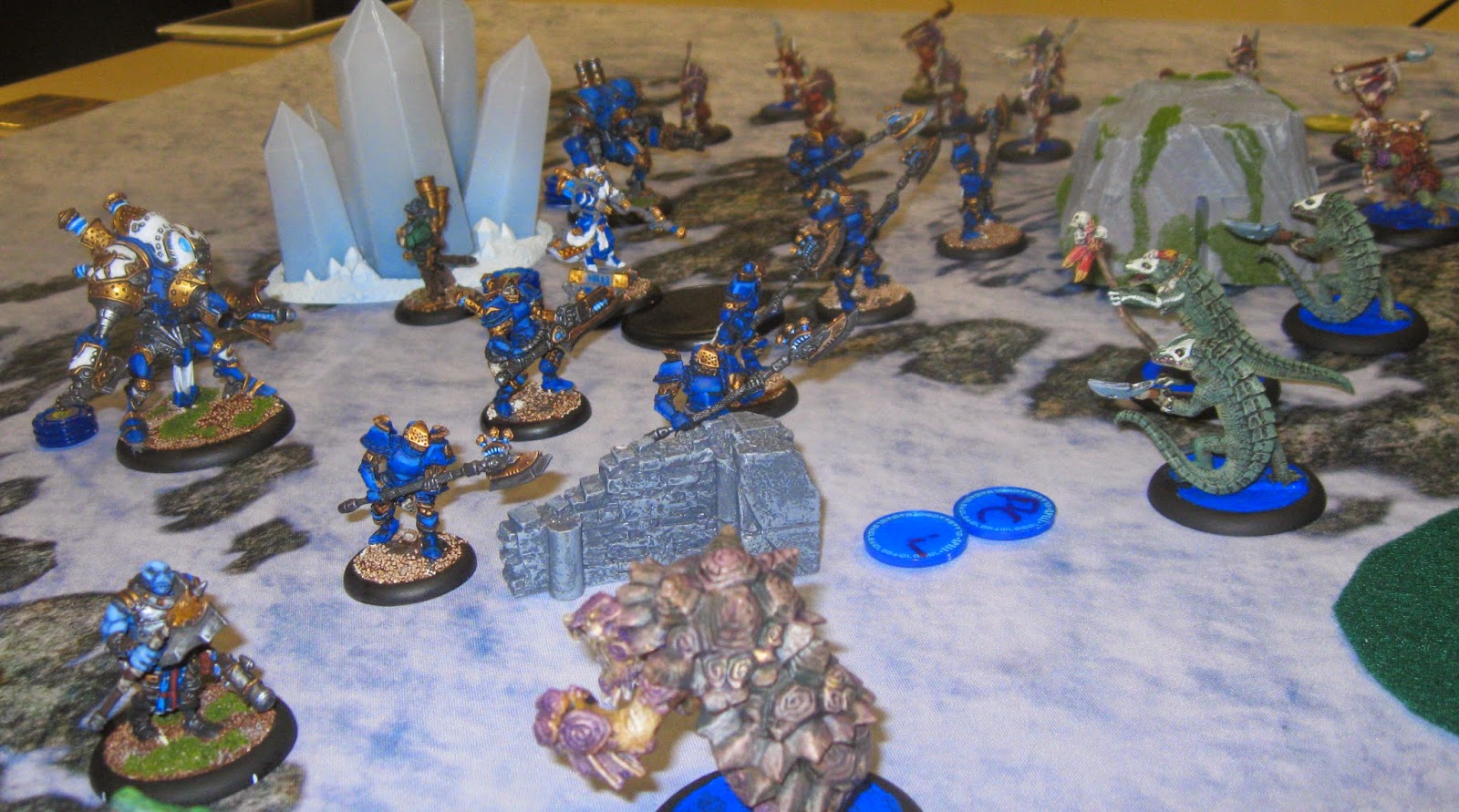 Cygnar tries to block both objectives while claiming their own.  The Minions look hard pressed to gain any advantage. 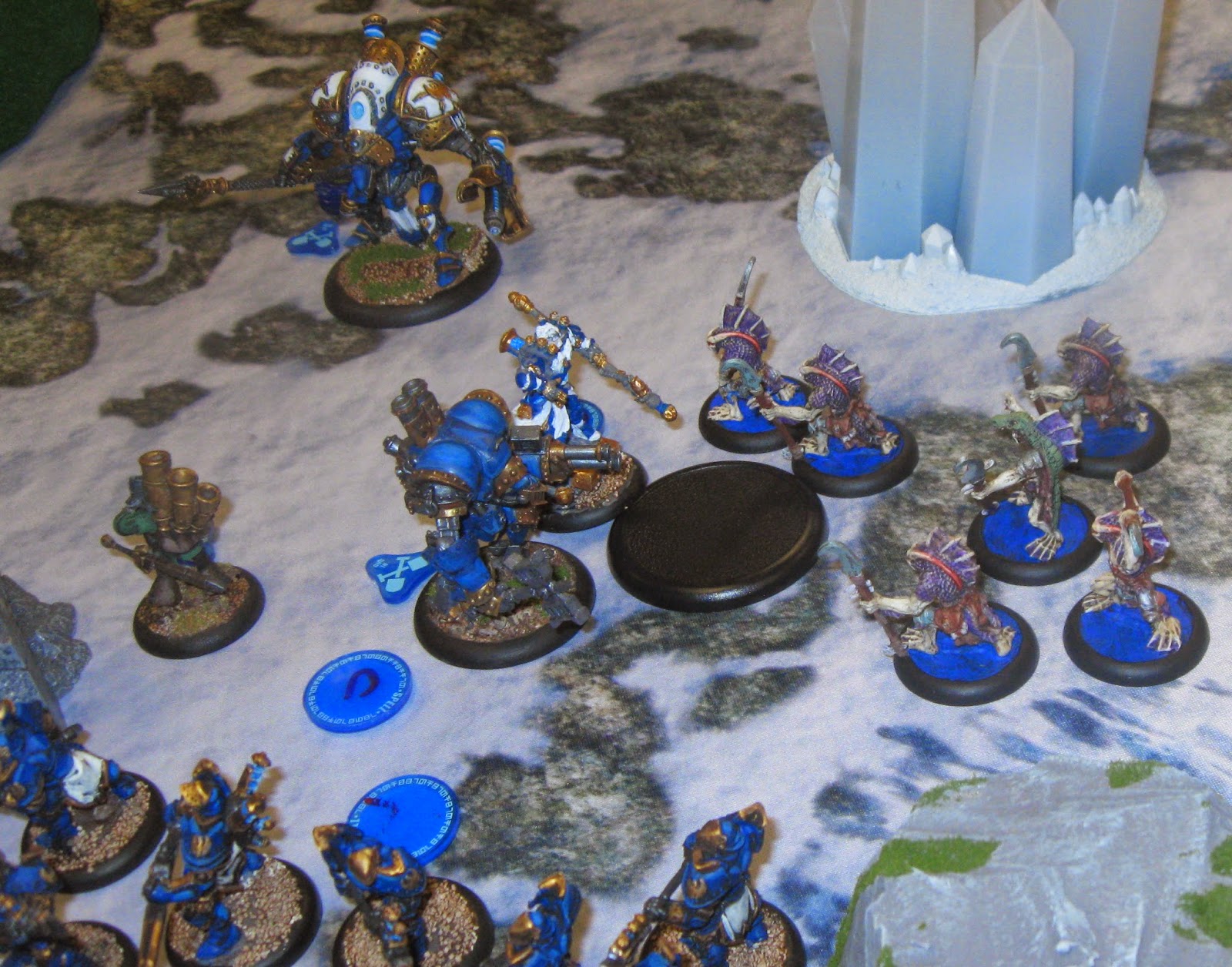 But then the Bog Trog Ambushers enter from Cygnar's flank.  They rush towards the Cygnar objective and the Warcaster. 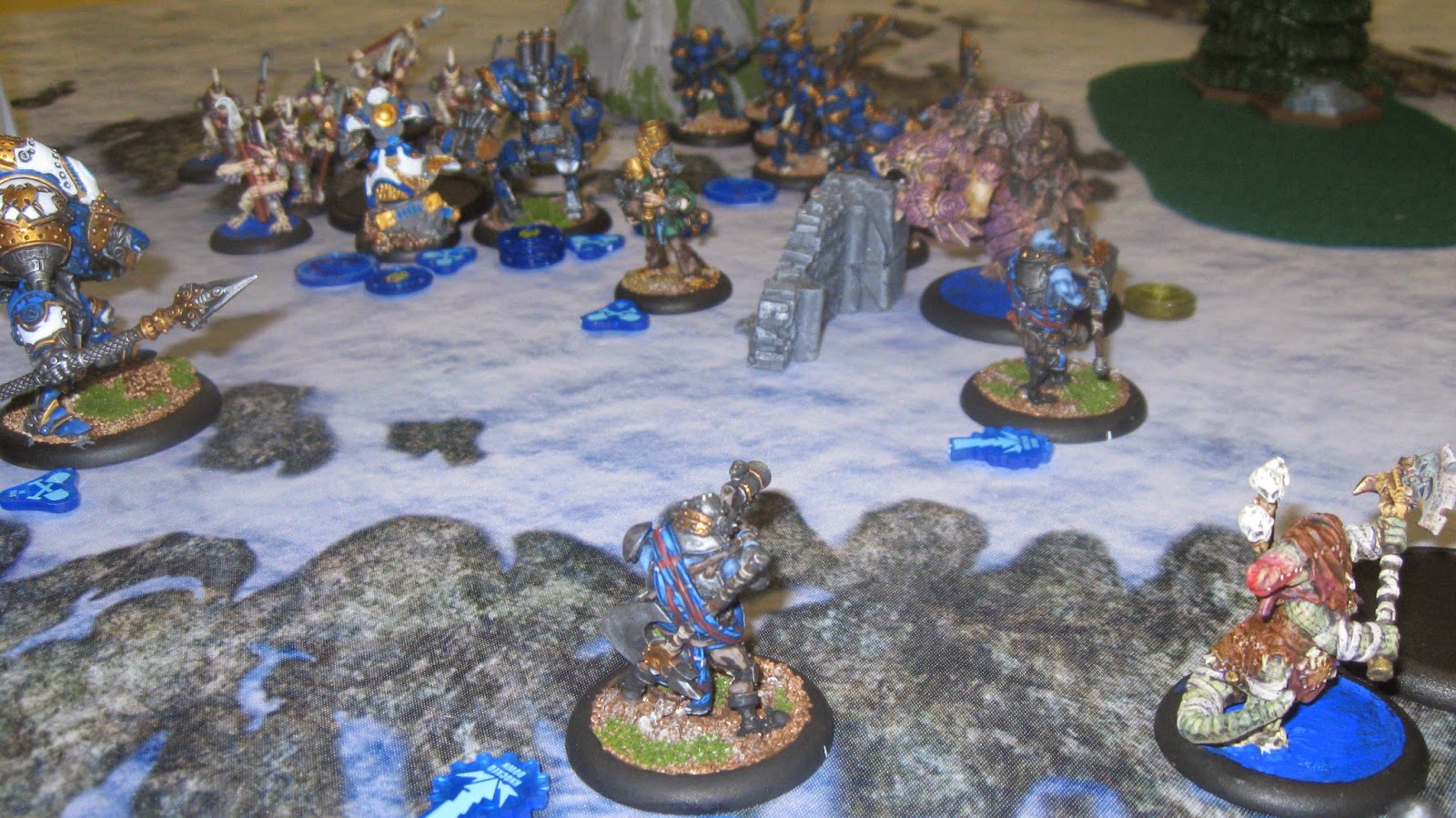 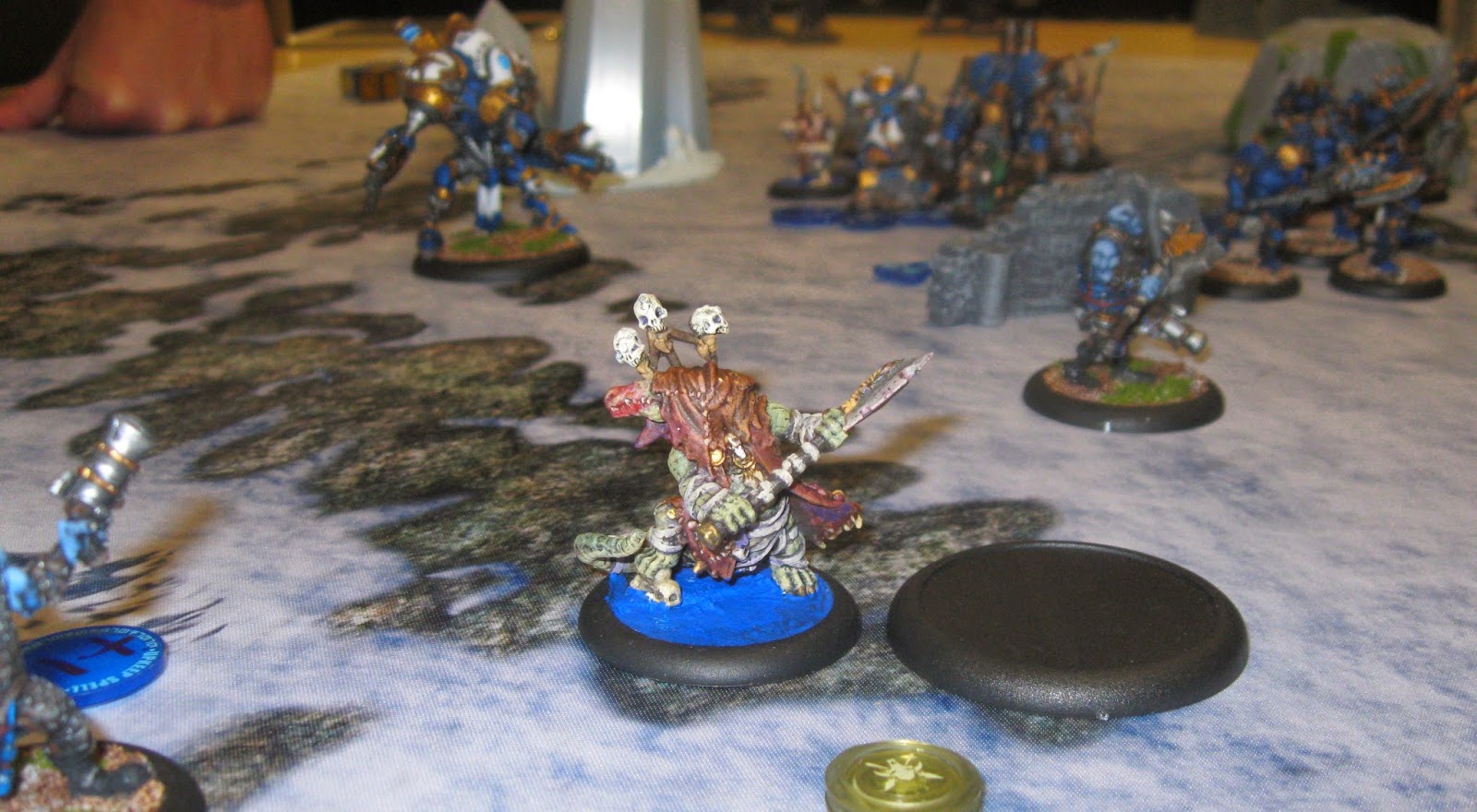 Bloody Barnabus summons a tidal wave that knocks most of the Cygnar force off their feet.  He rushes towards his objective and engages Trollbloods that are working for Cygnar.  Both Cygnar Warjacks unload on Barnabus, trying to assassinate the Warlock, but he passes the damage off to his heavy Warbeast and hangs onto life by a thread. 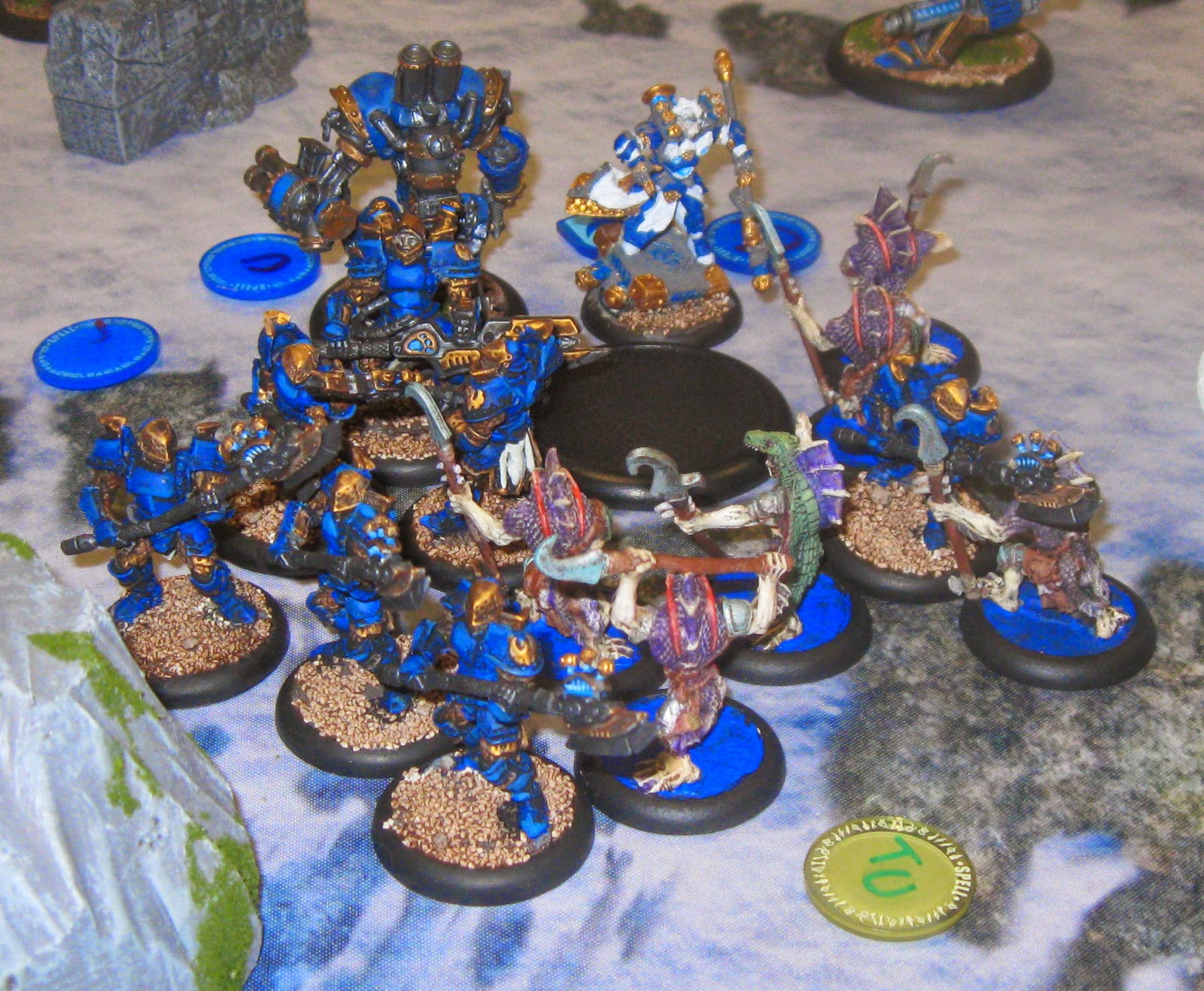 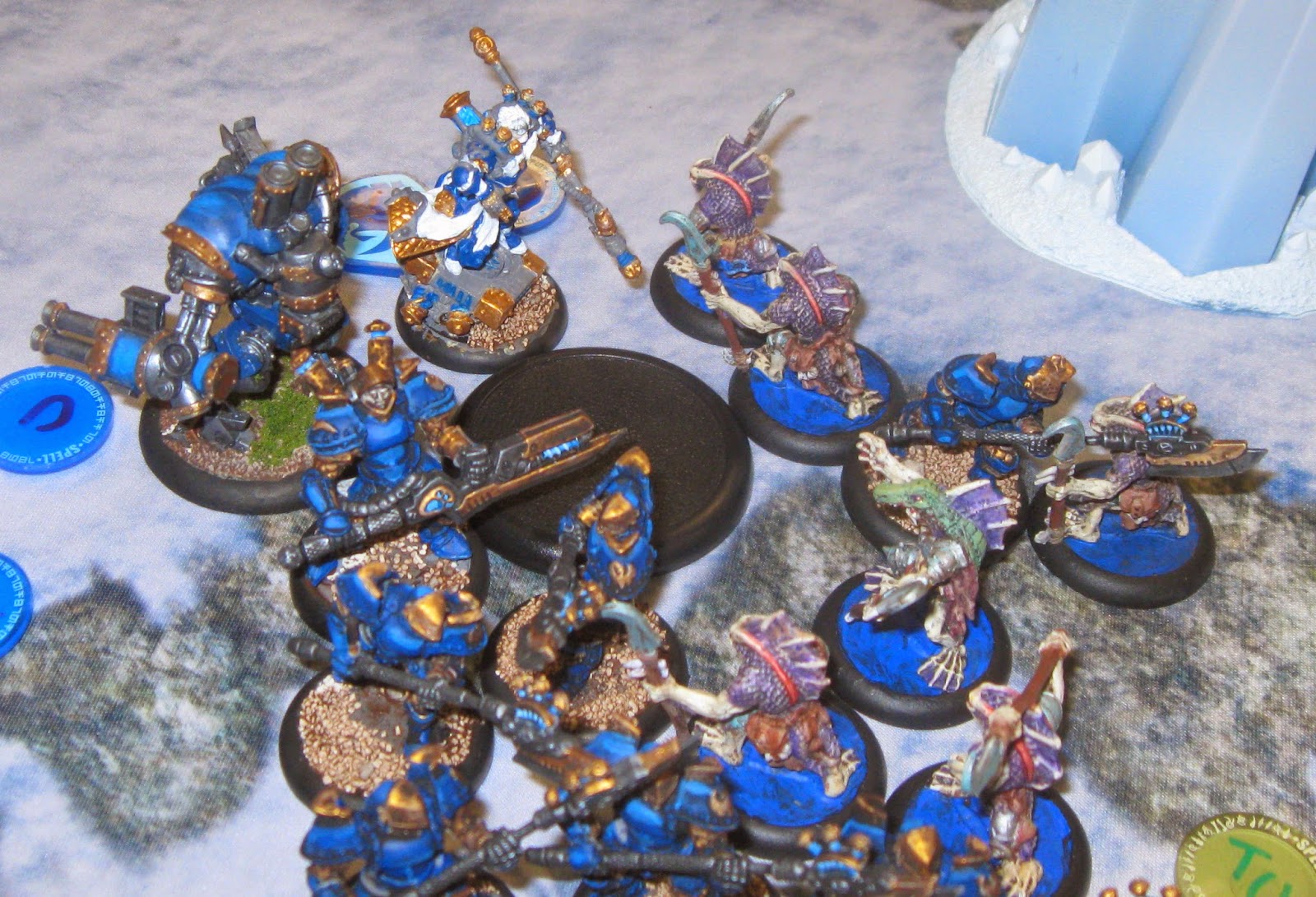 Meanwhile, the Bog Trogs push past Cygnar's defenses and take down Nemo, their Warcaster, giving Minions the win by assassination.